Reza Sedghi Macon Law Firm | Ponzi Scheme Hearing in Macon, Georgia
The law office of Reza Sedghi specializes in providing professional legal counsel in the areas of personal injury and criminal defense. Reza Sedghi is the skilled and experienced attorney that will provide the aggressive representation you deserve.
16099
post-template-default,single,single-post,postid-16099,single-format-standard,vcwb,ajax_fade,page_not_loaded,,side_area_uncovered_from_content,qode-theme-ver-17.0,qode-theme-bridge,qode_header_in_grid,wpb-js-composer js-comp-ver-5.5.5,vc_responsive 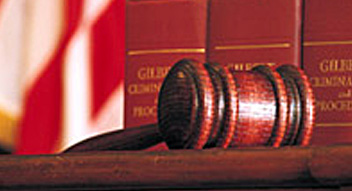 Crowds arrived an hour early for a hearing this afternoon in federal court to determine whether bond would be granted for two Macon residents accused of defrauding more than four dozen investors out of $2.11 million in an alleged Ponzi scheme.

Due to scheduling conflicts and the dozens of people who turned out for a Monday hearing, the detention hearing for Gary Sheldon Hutcheson, 56, and Saundra McKinney Pyles, 52, was moved to a larger courtroom upstairs.

Many friends, family members and investors were denied entry to the Monday first appearance hearing and arraignment because the small courtroom typically used for such hearings was packed to capacity well before the proceedings began.

Hutcheson and Pyles, indicted on five counts of mail fraud and five counts of money laundering, were denied bond at today’s hearing and will remain in federal custoday until trial.

An FBI agent testified that Hutcheson and Pyles violated terms of their release between the time they were released from custody in Colorado and Monday’s hearing by contacting victims, potential witnesses and family members.

In a nearly 30-minute speech, Judge Leon Barfield of the Southern District of Georgia surmised that Hutcheson and Pyles had shown a “clear pattern of obstructing behavior.” He said that the two clearly acknowledged that they had read the orders preventing them from contacting victims, family and witnesses, and understood them by signing a paper listing the conditions.

Hutcheson solicited investments from people beginning in May 2006, telling them he would place the money in a hedge fund named Georgia Ionics Fund LLC, according to federal court records.

Barfield presided over the hearing after a local judge recused himself from the case because he was acquainted with some of the investors.

The case is being prosecuted by David C. Stephens, a special assistant U.S. Attorney working out of Greenville, S.C., to avoid the appearance of a conflict of interest because local U.S. Attorneys are acquaintances of parties involved in the case.

Hutcheson and Pyles were free on an unsecured bond prior to the Monday hearing, but a judge ordered that they be taken into custody until today’s hearing.

If convicted, they could face at least 57 months or up to a maximum sentence of up to 40 years in prison followed by a period of supervised release and up to a $750,000 fine.

Information from The Telegraph’s archives was included in this report.